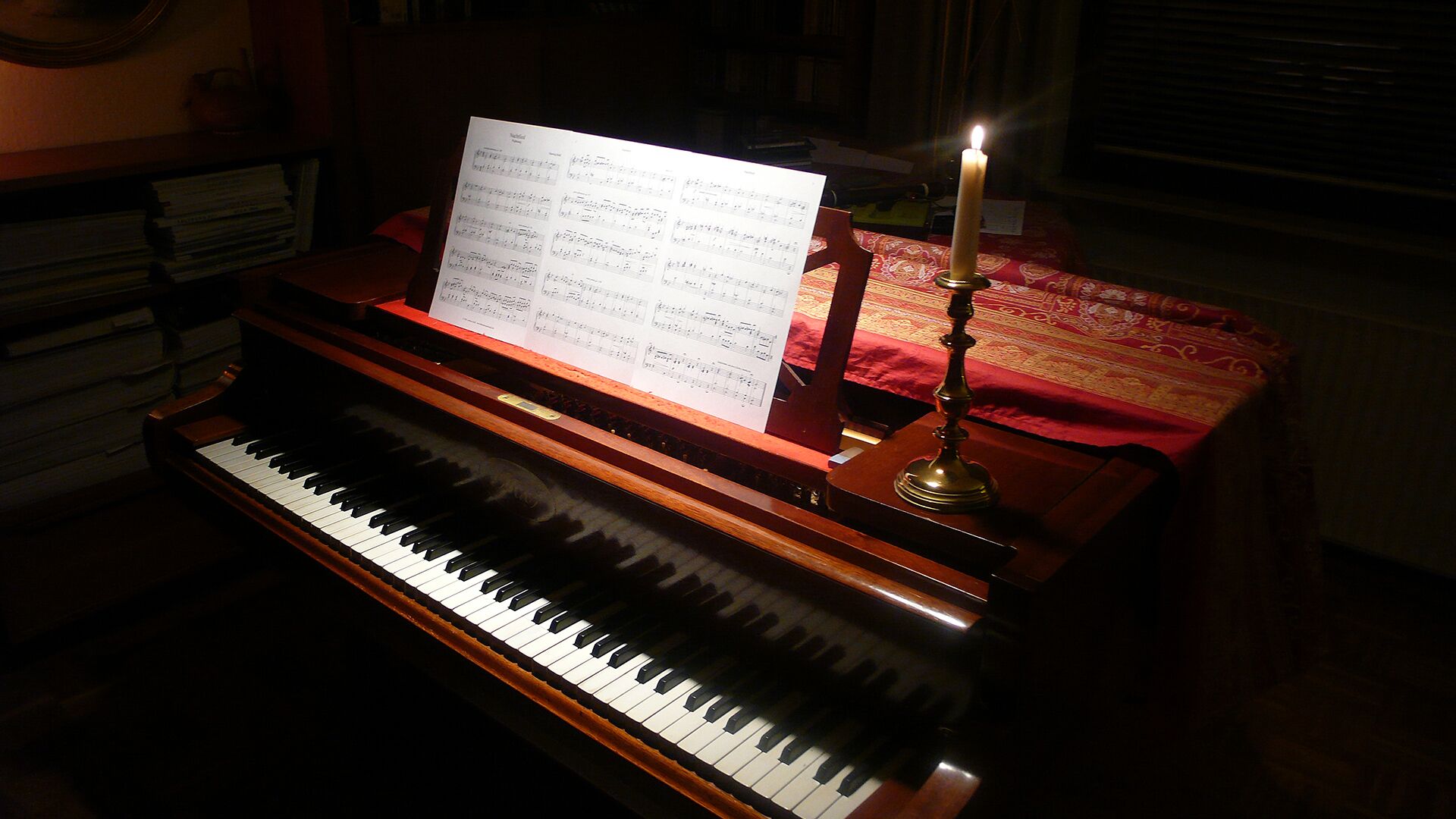 This nightsong should not be misunderstood as a lullaby or, if you wish, as a cradlesong. It is rather a song of comfort for people who cannot get sleep for there is nobody more lost and lonesome than they.

Awake at night, time stands still and also this piece of music with its curt phrases and the "breathers" after bars 3 and 6 does not seem to move on. If, at bar 7, a longer sequence begins to span seemingly leading to a positive conclusion, this expectation is countered in bars 17-19 by a triple doubtful questioning motive. It hesitates between major and minor, asking: "Is there comfort and hope?" The answer, a cord in major is at once questioned by its minor version and leeds to the first variation.

This first variation – poco meno mosso – attemps only the slightest begin of some movement which means that the crotches (quarter notes) of the metre must be reduced (!) in tempo making the quavers a wee bit faster than the crotches at the beginning. This part again ends with these triple questions.

It is only in the third part – poco più mosso – that the initial tempo is nearly reached again which makes the quavers (eighths notes) finally sensibly more lively. This more positive interlude ends in two upward arpeggios, hopeful questions, so to speak, but which a descending answer leads back to the resignative beginning, which is echoed in the ethereal treble register.

The conclusion which we expect since bar 100 is denied three times, which leads to a last appearance of the tree questions, this time more intense because they are cut short by unruly crotchet rests. The more comforting is then – after a final suspension – the conclusion in G-major saying: "Be assured, there is still hope!"

Concluding I wonder if there might be someone "out in the net" with a poetic veine who might be inspired to words completing this composition into a real song.

And finally: this piece first appeared as the slow movement in my suite for strings Sinfonietta Bergedorf  and recently in my Pop-Sonata c-minor  for alto treble recorder and piano.