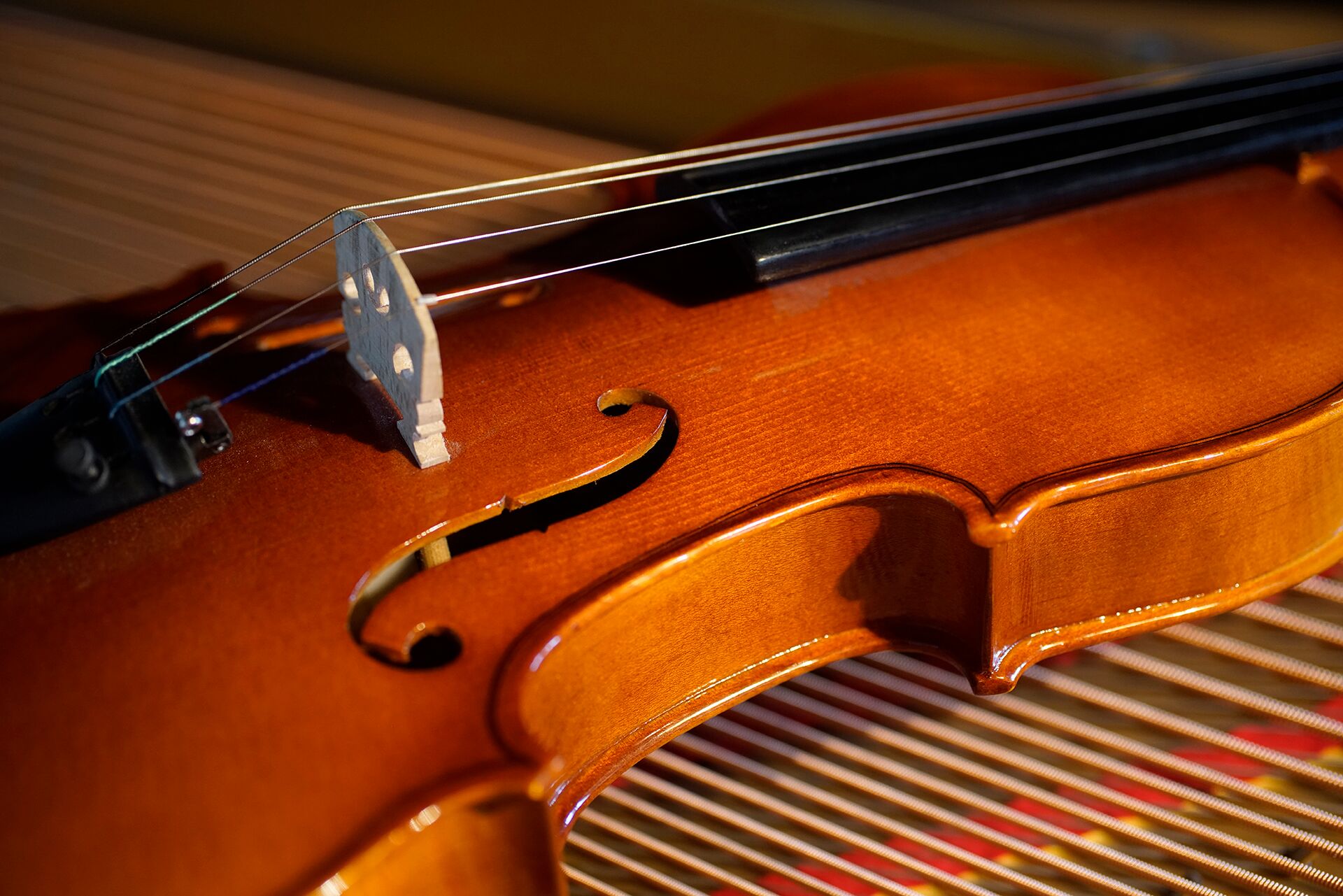 for Viola and Piano

This sonata was written in the summer of 1958 for the final musical examination (Abitur) of my class at Bismarck-Schule (public school) in Hamburg, Germany, examination which ensued in the following November in a public performance. Beside the violin I had, it is true, been playing also the viola for some time; but here, I took to the piano and a class-mate of mine – normally first violin in our string-quartet – to the viola. Luckily, a young teacher owned one of these early tape-recorders, so there exists a musical document of this event, which you can listen to on this side.

In order to show off the wonderful low register of the viola, I started the Adagio  with the lowest tone of the instrument followed by four notes upwards "undisturbed" by any accompaniment. The final Presto  again begins in the low register, followed by lively upward steps sporting the ambit of the instrument, only to show in the high register its lyrical qualities. This principal motive then descends, in the piano, with a series of stressed suspensions, which is a tribute to the final suspension in Schubert’s Quintet  in C-major, which since those days has been one of my great favourites and whose ending is literally echoed in the ending of this sonata.

Clarinettists are convinced that compositions for viola sound so much better on their instrument because of its greater variety of mood and its higher volume. In spite of my love for the viola, I agree, and so this sonata is edited here also in a version for clarinet in Bb.

42 years later, I transformed this sonata into a concert for clarinet and strings with a substantial enlargement of the last movement; to be found on this site as well.

Original recording of the first performance in 1958