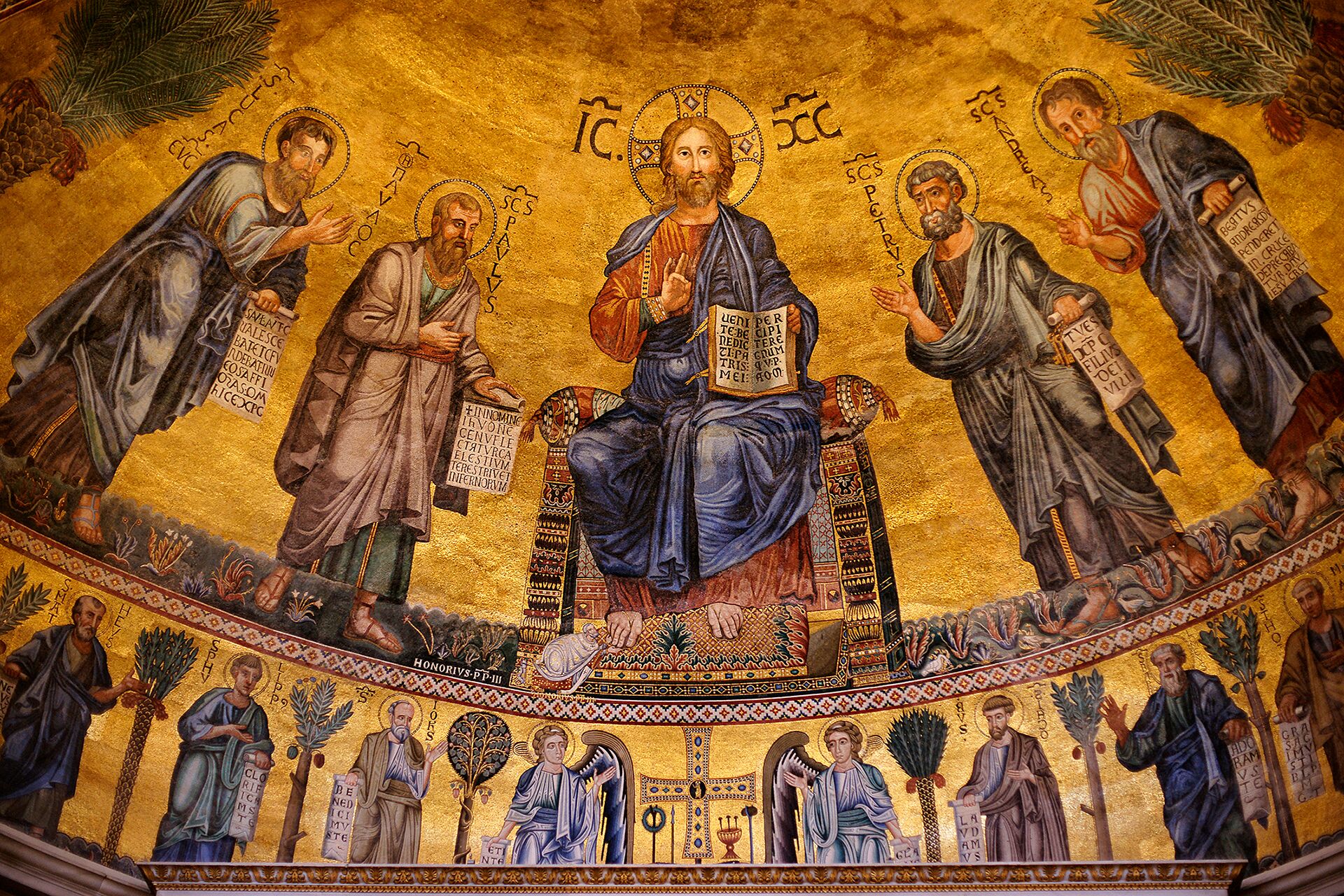 Credo romano is a setting to music of the Latin confession of faith from the mass ordinary of the Catholic liturgy for four-part mixed choir and congregation singing. In no other part of the mass is it so tricky, according to liturgical understanding, to let the congregation take part solely by listening as it is in the credo. The individual confession of the believer cannot be replaced by the choir. For this reason, the Credo romano incorporates a congregation chorus. According to the proclaimed participation actuosa by liturgical reform of the second Vatican council, the congregation actively takes part by reinforcing what they heard from the choir with the following congregation chorus: “Credo in unum deum, credo! In Patrem, Filium et Spiritum Sanctum.“ – “I believe in one God, I believe! In the Father, the Son and the Holy ghost.” (You will find a copying template of the text in the performance material for further use).

With this composition, the Missa romana – Latin Mass in Jazz is a complete mass ordinary. The Credo romano orientates itself towards the Missa Romana in terms of stylistics and the setting of voices. With Latin-American rhythms and colourful jazz harmonies, the composition takes up motives and melodies from the Gregorian Credo based on the Editio Vaticana III: the segments are shaped and carried by rhythmical models over which the lyrical melodies with a Latin feeling lie. At the same time, the main melody wanders through the different voices and the middle part – From Jesus’ life story of the tenderness of the childish incarnation, via the dramatic art of the crucifixion, up to the resurrection cheers and the ascension to heaven – and is shaped as a sonic image, rich in contrast.

A performance with Latin percussion instruments in a band or together with the organ is recommendable – as in the Missa romana. In that way, both compositions can be put together to a complete ordinary, which is stylistically consistent and can be played together during one performance by the same ensemble. With a total length of around 18-19 minutes, both works are perfectly suited for a performance in a liturgical context.

As an autonomous oevre, the Credo romano is an enrichment for the music-liturgical dialogue in the mass and is, beyond that, performable as a concertante oevre with its length of ca. 8 minutes.

NB: At the first performance on April 16th 2017 another congregation chorus was sung.